The Comores are a federal state consisting of three islands Grande Comore (Njazidja), Anjouan (Nzwani) and Mohéli (Mwali). There are several towns and citie son the islands, but as far as I know none of these uses heraldic arms.

National Symbol of the Comoros 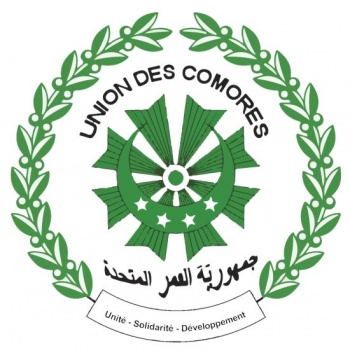 The symbol was adopted on June 25, 1977 and changed after the change of name in 2000 from Federal Islamic Republic of Comoros to Union of the Comoros. The symbol of the Comoros has the crescent and four stars taken from the national flag in the center. A sun with rays extended is right above the crescent. Around the focal point, the name of the nation is written in both French and Arabic. The border is composed of two olive branches, with the national motto at the bottom in French. 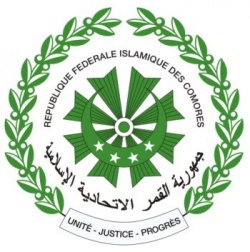