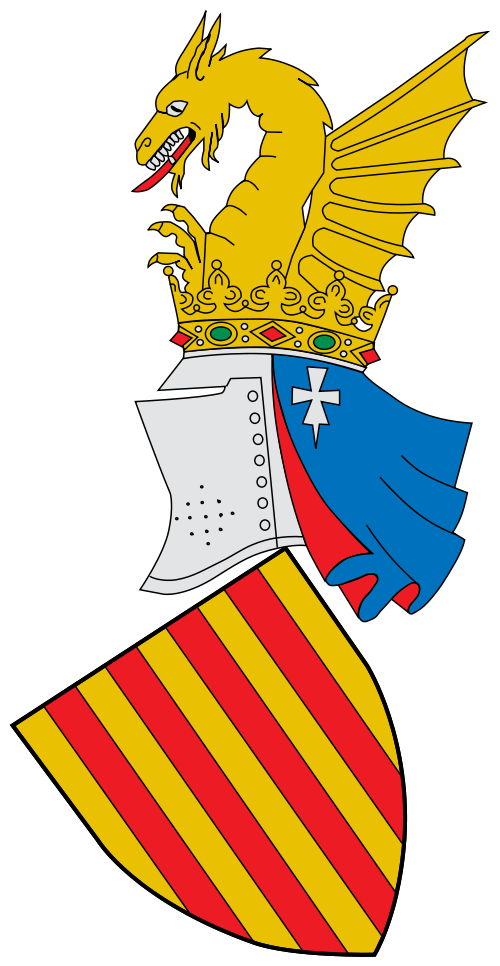 The arms were officially granted on December 13, 1984.

Valencia and the Balears were conquered by King Jaume I of Catalunya and Aragon during the first half of the 13th century. After the conquest the king gave them the status of independent kingdoms of whom he was also the king (but they were independent of Catalan or Aragonese laws and institutions). The arms of the Valencia Region show those of Jaume I, as Count of Barcelona and king of Aragón, with the dragon crest.