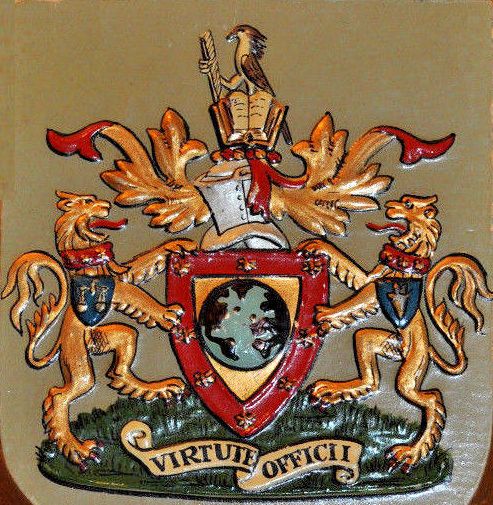 Arms : Or, a terrestrial globe proper; on a bordure gules eight bees of the field.
Crest: Qn a wreath of the colours, In front of a Secretary bird holding in the dexter claw a quill pen point downwards, an open book, all proper.
Supporters: On either side a lion Or, gorged with a collar gules charged with three bees gold, pendent from the collar an escut­cheon azure, the dexter charged with a balance and the sinister with a torch enflamed also gold.
Motto: Virtute officii