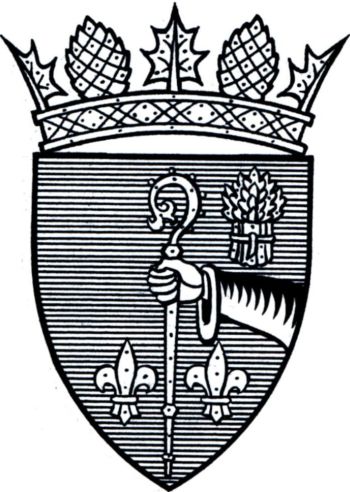 Azure, a dexter arm Proper, clad in a manche Argent, issuant from the sinister and grasping a pastoral staff, between a garb in sinister chief and two fleurs-de-lys in base all Or.

These are the Burgh arms of Coupar Angus with a crown of a community council.