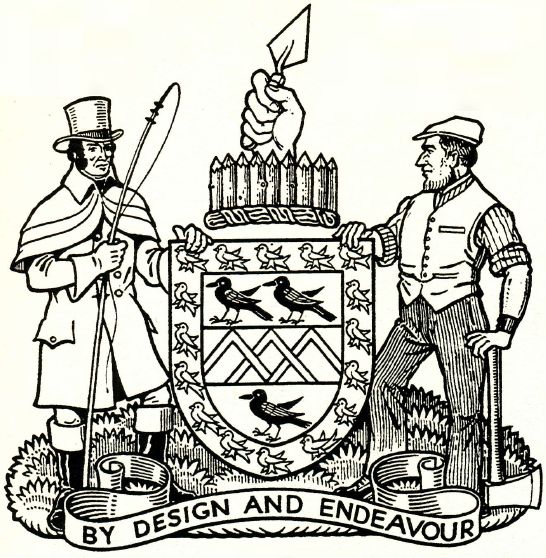 Arms : Or, on a fesse gules between three crows sable, as many chevronels interlaced argent; a bordure azure charged with sixteen martlets gold.
Crest: On a wreath of the colours, Issuant from a circlet of palisades Or a dexter hand grasping a trowel erect proper.
Supporters: On the dexter side a stage coachman and on the sinister side a woodman, both proper.
Motto: By design and endeavour

The arms were officially granted on April 2, 1951.