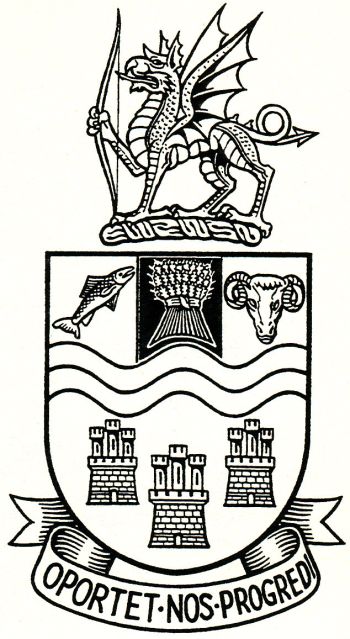 Arms: Per fess wavy Or and gules, a fess enhanced wavy barry wavy azure and argent, in chief between a salmon leaping in bend sinister and a ram's head caboshed all proper a pale sable, thereon a garb gold, in base three towers triple-towered also argent.
Crest: On a wreath of the colours, A dragon passant gules supporting with the dexter claw a longbow stringed Or. Mantled azure, doubled argent
Motto: Oportet nos Progredi

The arms were officially granted on February 10, 1960.