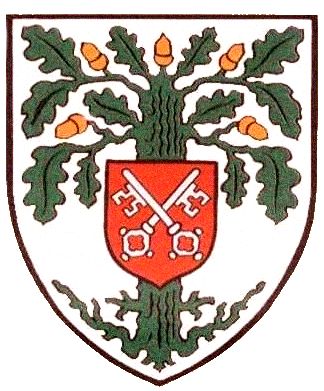 The arms were officially granted in 1952.

The arms show an oak tree as a symbol for the many oak forests in the region. The small escutcheon shows the arms of the State of Minden, to which the village historically belonged. 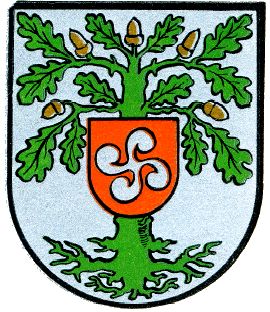 These arms showed on the escutcheon a cross (Keulenwinkelkreuz), a solar-symbol and used ofen on farmhouses in the region, but due to its similarity with the swastika it was removed in 1952.