From Heraldry of the World
Your site history : Dautphetal
Jump to navigation Jump to search 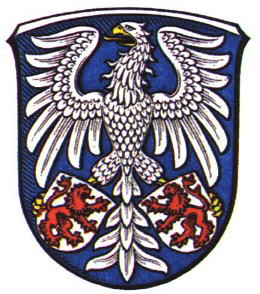 The arms are identical to the arms of Dautphe.

After the merger it was tried to design new arms for the municipality, but no common symbolism could be found. It was thus decided to continue the old Dauthpe arms, as Dautphe was the oldest settlement in the municipality and also the historical and religious centre of the valley.