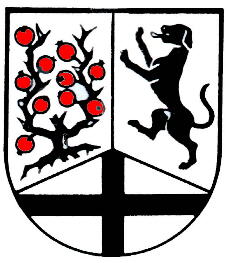 The previous arms were granted in 1939 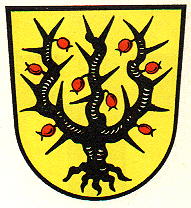 These arms symbolise the historical place where the courts were held, vor dem Hagedorn (meaning before the thorn bush). Later the place received certain privileges from the Bishops of Paderborn.

The village itself used on its seal a cross, derived from the arms of the State of Paderborn. The cross was used until 1939, as shown by Hupp see below, taken from the only historical seal of the city, known from 1748.