Until 1919 another local form of government existed in Denmark, the herreds ('hundreds'). The herreds were formed of groups of parishes ('sogn'), and formed with one or more towns a county. 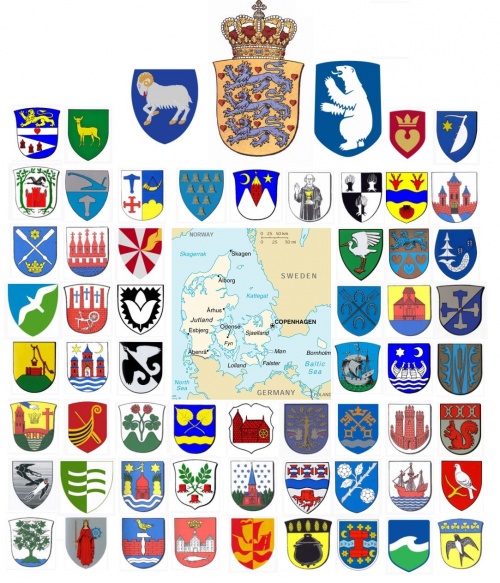