From Heraldry of the World
Your site history : Destelbergen
Jump to navigation Jump to search 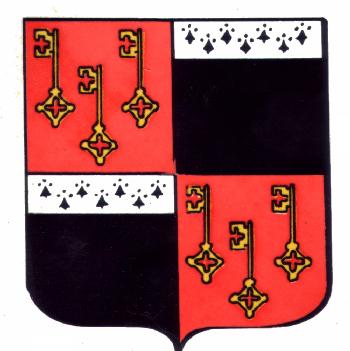 The new arms combine the old arms with the arms of Heusden. 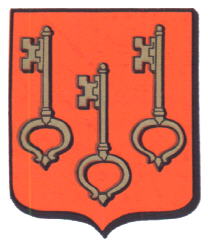 The arms are based on the only known seal of the village, dating from 1782. The seal also showed the three keys, which are derived from the St. Peter's Abbey in Gent. The village was a possession of the abbey for many centuries until 1792.