From Heraldry of the World
Your site history : Dettum
Jump to navigation Jump to search 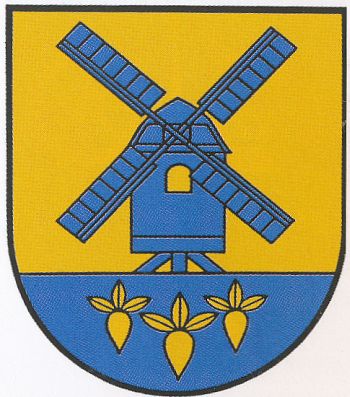 The arms were officially granted on October 8, 1990.

The windmill refers to the local mill, built in 1867 and refers also to the agricultural character of the village. The three sugarbeet in the base refer to the sugarbeet cultivation and the former sugar factory in Mönchevahlberg. The three beets also symbolise the three former municipalities that were merged in 1974.The colours are those of the Braunschweig region.