From Heraldry of the World
Your site history : Deux-Acren
Jump to navigation Jump to search 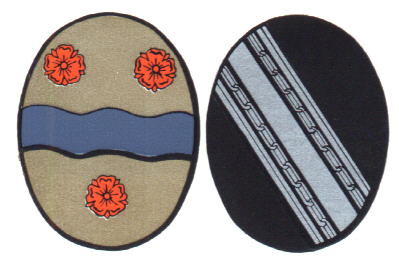 The arms have never officially been granted, but were used by the municipality until 1977.

The arms are based on the seal made for the local council after the estates of Acren-Saint-Géréon and d'Acren-Saint-Martin were bought by Jos(se) Clemmen (a rich cotton merchant from Gent) in 1787. The two shields show his arms (left, with the bar and roses) and the arms of hs wife, Marie-Barbe Theeus (right). On the seal they are placed under a baronial crown, as Jos Clemmen was promoted to Baron on July 31, 1789.

The estates were abolished in 1795 to form independent municipalities, which were joined in 1805.

Prior to 1787 the two estates used different seals, always with the arms of the (many) respective lords at the time.