From Heraldry of the World
Your site history : Diepholz (kreis)
Jump to navigation Jump to search 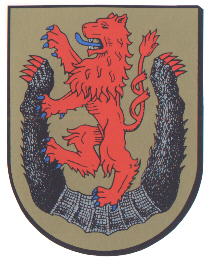 The new arms combine the lion of Diepholz with the bear claws of Hoya. 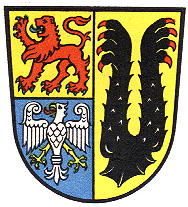 The previous arms were granted on October 1st, 1951.