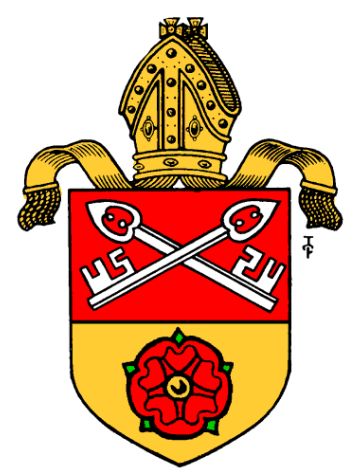 Arms : Per fesse gules and Or, two keys in saltire wards downwards argent in chief and a rose barbed ans seeded proper in base

The arms were officially granted on February 19, 1927.

The arms combine the crossed keys of St. Peter with the rose of Lancashire, where the diocese is situated.