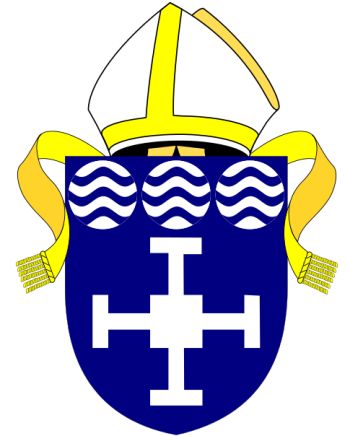 The arms refer to the former inclusion of the diocesan area within that of Lichfield and Southwell (indicated by the cross and fountains respectively) prior to 1927.