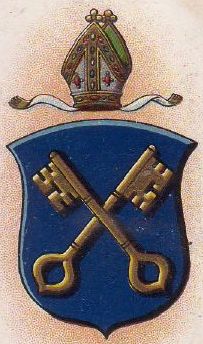 The two keys are the arms of the former St. Peters Abbey.