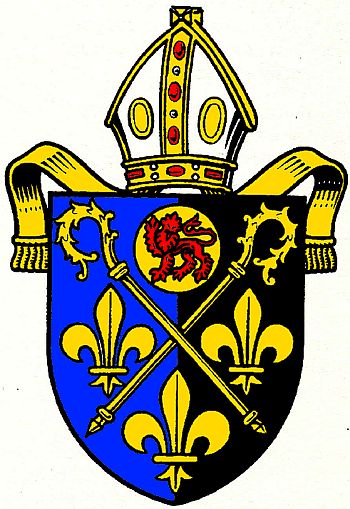 Per pale azure and sable, two croziers in saltire Or between in chief a bezant charged with a lion passant guardant gules, in fesse two fleurs de lys and in base one fleur-de-lys of the third.