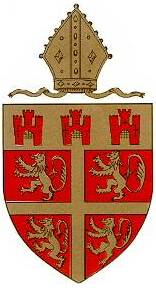 The arms were officially granted on September 29, 1949.

The previous arms were not officially granted or recorded, but were in use/shown until 1949: 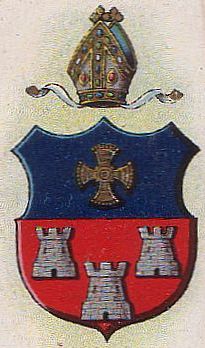