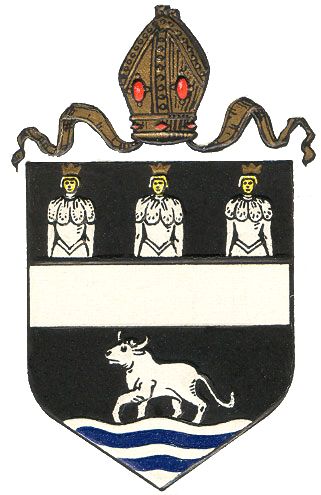 Sable, a fesse argent, in chief three demi ladies couped at the waist, heads affrontee, proper, (ducally] crowned Or, arrayed and veiled of the second; in base an ox also argent, horned and hoofed gold, passing a ford barry wavy of six argent and azure.

During the first 4 years the following arms have been attributed to the diocese : Azure, two bendlets or. 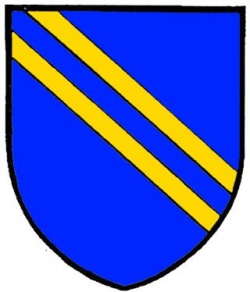 The base shows the arms of the city of Oxford The meaning of the heads is not clear; they have been described as a reference to the kings that played a role in the foundation of Oxford University. More likely, they probably represent St. Frideswide and her two patron saints, Cecilia and Catherine.