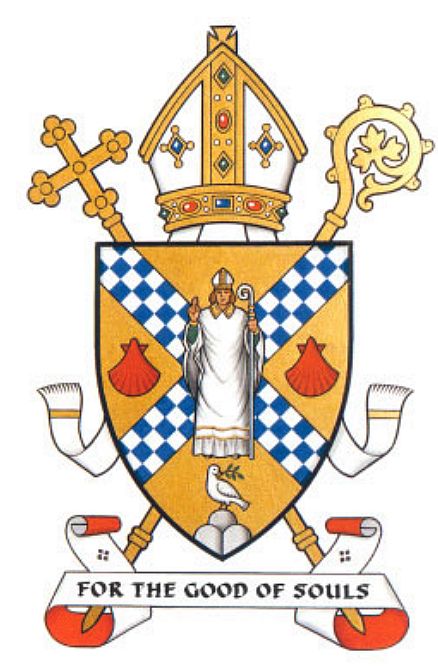 Or a saltire chequy Argent and Azure between in the flanks two escallops Gules and in base on a mount of three coupeaux a dove close and reguardant holding its beak an olive branch slipped all Proper, overall a representation of St. Mirren vested and habited as an abbot the dexter hand raised in blessing and the sinister holding a crozier likewise all Proper.

The arms were officially granted in 1989.