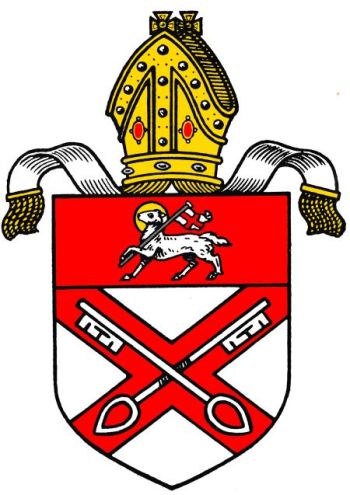 Argent, on a saltire gules two keys in saltire, wards upwards, Or; on a chief of the second a Holy Lamb proper.

The arms were officially granted on November 3, 1836.

The Dean of Ripon used the arms below, which have not been granted.