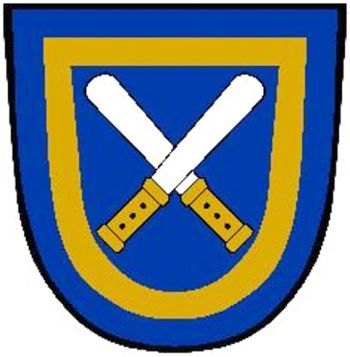 The arms are based on the arms of the Stift Quedlinburg, which were (probably) granted in 1541 to the village by Abbess Anna II. zu Stolberg. In 2001 they were officially granted again.