From Heraldry of the World
Your site history : Drakenburg
Jump to navigation Jump to search 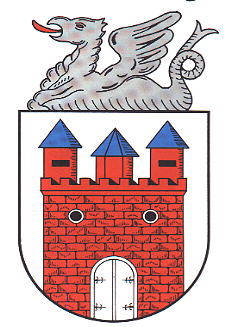 The arms above are used, but have not officially been granted. The arms are canting, showing a castle (Burg) and on top of the shield a dragon (Drache, Drake). The arms are based on the oldest seal of the town, known from 1655.

In the Kaffee Hag albums of the early 20th century totally different arms were shown: 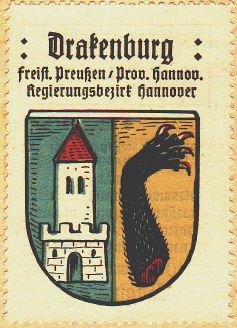 These arms were a combination of the local castle and the bear's claw of the counts of Hoya, who ruled the city for a long time.