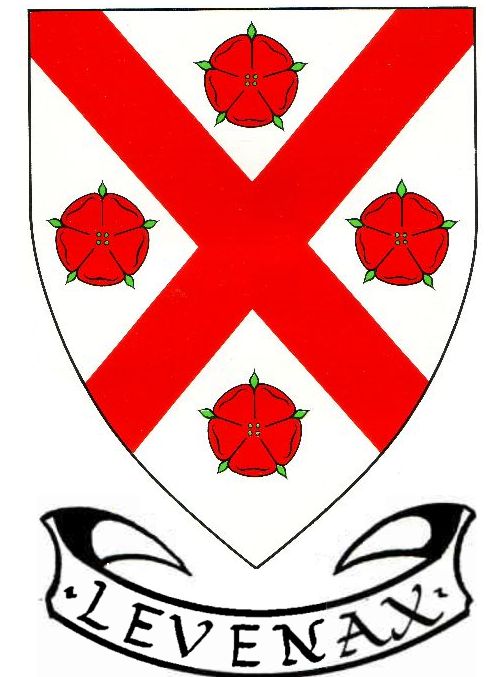 And in an Escrol below the same this Motto "Levenax".

The arms are those of the historical region of Lennox, of which the town Dumbarton was the capital and the region thus was nearly identical to the county. The motto "Levenax" is derived from the Gaelic Leamhanach, or "Land of the elm trees".