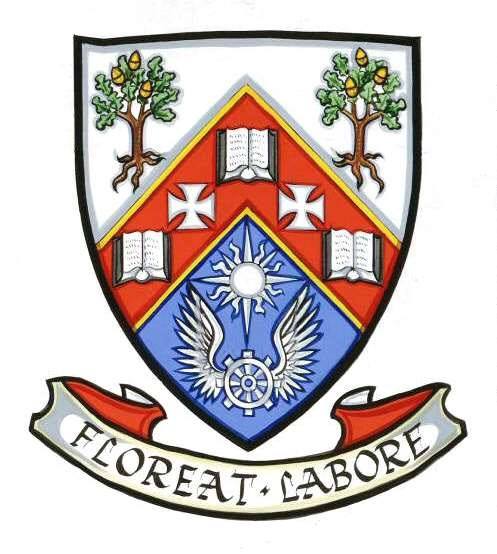 Per chevron Argent and Azure; on a chevron Gules, fimbriated Or, between two oak-trees eradicated Proper, fructed of the Fourth, in chief, and a cogwheel winged Argent accompanied by a sun also of the First all in base, three open books Argent, lettering, binding and edges Sable, alternately with crosses pattée also Argent.

The arms show books for a school and the design incorporates Maltese crosses in allusion to the Knights Templar and Hospitaller who had an establishment on the site of the school in medieval times. The winged wheel device is taken from the arms of the industrialist Viscount Weir (d 1959), who had taken an interest in the school.

Literature: Image and information provided by the Court of Lord Lyon