From Heraldry of the World
Your site history : Eldagsen
Jump to navigation Jump to search 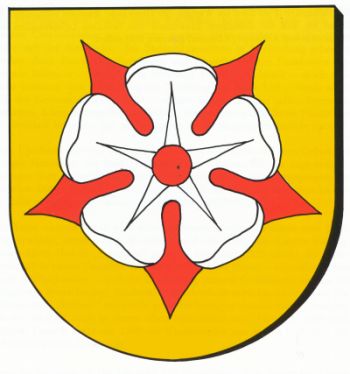 Eldagsen was a main city of the Counts of Hallermund, and received city rights between 1280 and 1290. The city had its own mint in the 13th century and was the seat of a local court.


The rose in the arms is derived from the arms of the Counts of Hallermund, who used three roses in their arms. The rose already appears on the oldest known seal of the city, dating from the late 13th century. All later seals also show the rose, in or without a shield, but in many different colours as shown below.