From Heraldry of the World
Your site history : Elsfleth
Jump to navigation Jump to search 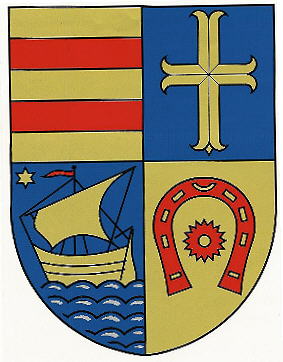 The upper half of the arms thus is derived from the arms of the State of Oldenburg. The lower half shows in the third quarter a cutter (ship), symbol of the importance of shipping for the town.
The star is the Pole Star, symbol of navigation. The horse-shoe and spur in the fourth quarter symbolise the (historical) importance of horse breeding in the region.

The older arms showed a fish in the fourth quarter, a symbol for fishing and fish processing in the town. 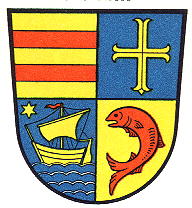