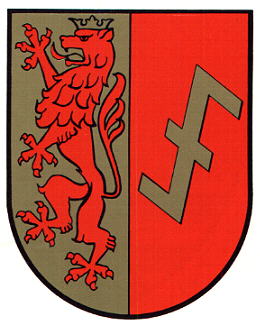 The arms are identical to the old arms of Amt Erwitte and were granted on December 21, 1977.

The history of the arms of Erwitte is rather complicated. Erwitte did not have formal arms until 1930. In 1930 arms were granted, based on the oldest seal, known from 1551 and 1623. The arms showed the patron saint of Erwitte, St. Lawrence, with the grill and a palm leaf, placed in front of the cross of the State of Köln. Historically the town belonged to Köln.

I have no image of those arms. 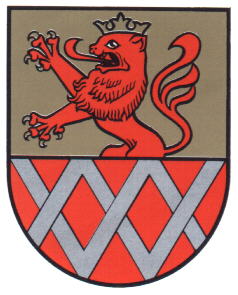