From Heraldry of the World
Your site history : Essenrode
Jump to navigation Jump to search 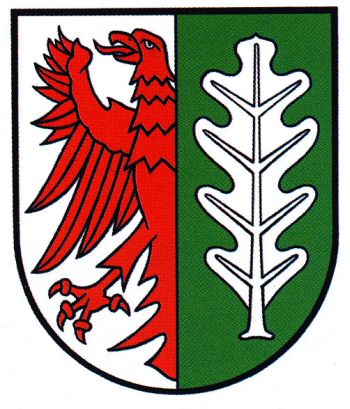 The demi-eagle is taken from the arms of the Von Garssenbüttel family, who lived in the village until 1625.

The other half refers to the agricultural character of the village (green) as well as the forests (oak leaf).