From Heraldry of the World
Your site history : Falkenstein/Vogtland
Jump to navigation Jump to search 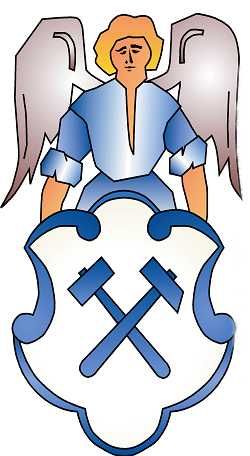 The oldest known seal of the city dates from the 16th century and shows a chevron and a bar. In 1643 a new seal showed a shield with the miner's tools with an angel as supporter behind the shield. Around 1900 the canting falcon replaced the angel, and the whole composition was placed into a shield. Still the city mainy used only the small shield with the miner's tools and presently the arms again with the angel as supporter.