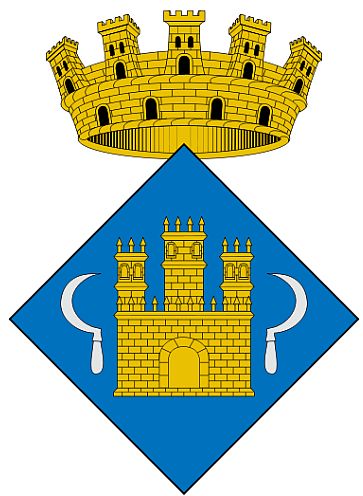 Falset is the chief town of the Priorat, a region well-known for its red wines. The castle in the arms refers to the medieval castle (12th cent.), residence of the barons of Prades since the 14th century, and still in use. The two sickles at both sides are canting ("falçs" in Catalan). 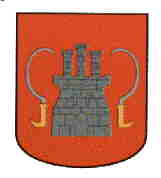 These arms were not official, but widely used.