From Heraldry of the World
Your site history : Favreuil
Jump to navigation Jump to search 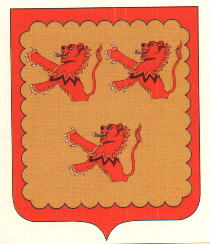 As far as I know these arms are not officially adopted, but were proposed in 1994.

The arms are derived from the arms of the Tournay d'Assignies family, Counts of Oisy and Lords of Favreuil for several centuries until the late 16th century.