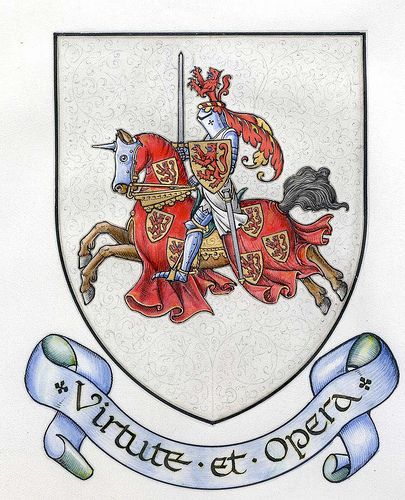 And in an Escrol below the Shield this Motto "Virtute Et Opera".

The arms are virtually the same as the device on the seal adopted by the Council in 1890. They are based on a seal of Duncan, Earl of Fife, of which a 1360 impression is on record and described as "an armed knight on horseback at full speed, a sword in his right hand, and on his left arm a shield charged with a lion rampant which is repeated on the caparisons of the horse".
This representation of "The Thane of Fife" has long been recognised as the County emblem.

The Latin motto "By virtue and energy" was that of Duff of Braco and is now used by the Dukes of Fife.