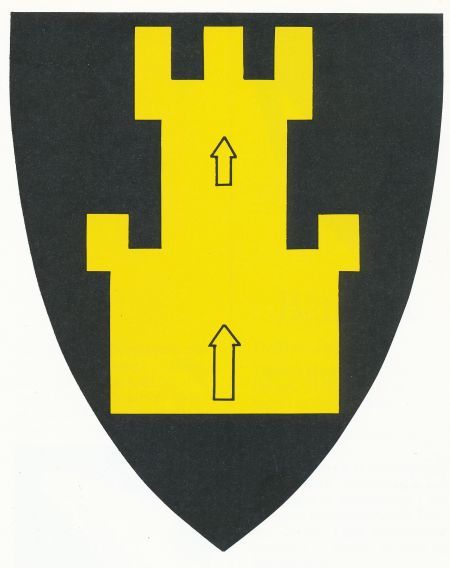 The arms shows Vardøhus fortress, founded by King Håkon V, in the beginniing of the 14th century. The fortress was built as Norway's boundary fortress towards the east.

When the arms were granted, the fortress motive was considered a powerful symbol of the re-building of Finnmark after World War II.