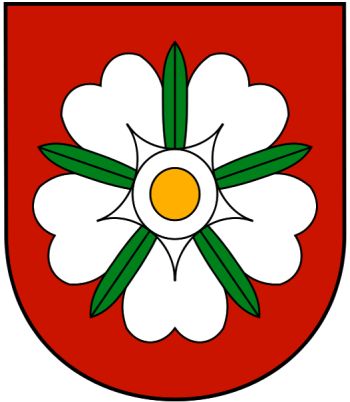 The arms of Fordon show a rose. The rose already appeared on the oldest known seal, dating from 1663. All later seals until te 19th century show the rose. In the 19th century a seal appears with only te Prussian eagle, with a small escutcheon with the Polish eagle. Hupp showed the rose again at the end of the 19th century, but the city used at the time still only the Prussian eagle. He shows the field blue, whereas since te 1920s the shield is red.