From Heraldry of the World
Your site history : Fosnes
Jump to navigation Jump to search 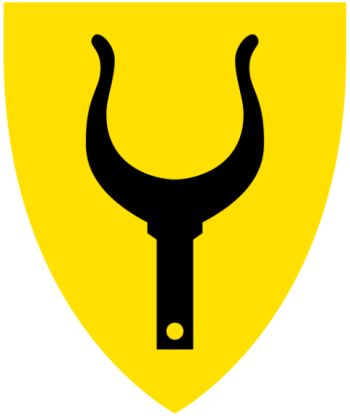 The arms show a fork in which the oars of a rowing boat are placed. Fosnes is a coastal municipality and rowing boats were the main form of transport in the former centuries.The first proposal for arms of Fosnes were taken in 1989, when the council launched a contest to develop arms.