From Heraldry of the World
Your site history : French Antarctic Territory
Jump to navigation Jump to search

The French Southern and Antarctic Lands have formed a territoire d'outre-mer (an overseas territory) of France since 1955. The area consists of the following islands and territories:

The islands are all uninhabited, except for some scientific and military posts and support staff. 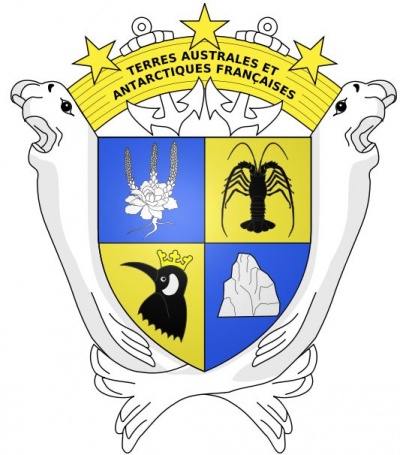 The three stars are elements of the uniform of the governor at the time, Vice Admiral M. Richert.