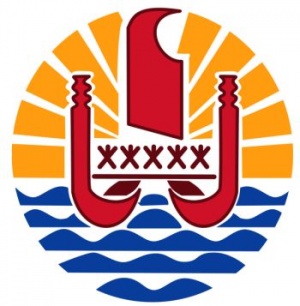 French Polynesia is an overseas country of the French Republic (pays d'outre-mer). It is made up of several groups of Polynesian islands, the most famous island being Tahiti in the Society Islands group, which is also the most populous island and the seat of the capital of the territory (Papeetē).

French Polynesia has five administrative subdivisions each of which is further divided into a total of 48 communes.

Few of these uses arms as far as I know: