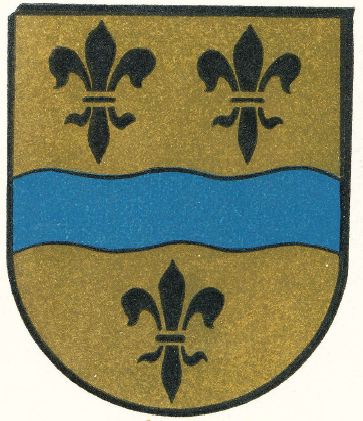 The arms were officially granted on January 4, 1939.

The three fleur-de-lys on gold are derived from the old arms of the Lords von Gimbte, who probably originated from the area and who became extinct in the 16th century. The wavy bar symbolises the Ems river.