From Heraldry of the World
Your site history : Glashütten (Taunus)
Jump to navigation Jump to search 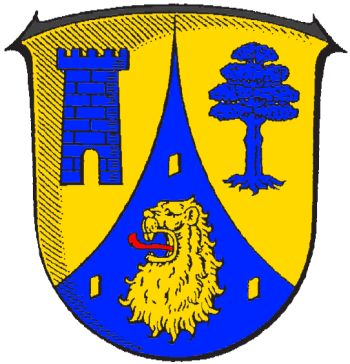 The three parts refer to the three former municipalities.
The tower refers to the medieval castle in Schlossbron. the tree is taken from the old seal and arms of Glashütten (see below). The lion of Nassau refers to Oberems, which belonged to Nassau-Usingen until 1803, whereas the two other villages belonged to the State of Mainz. 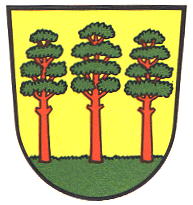 These arms were not officially granted, but have been in use since the 1950s in the present colours. The oldest use of a seal for Glashütten dates from 1802, when the village became part of Nassau. The three trees symbolise the fact that the village is surrounded by forests. The original seals showed three small shield with the arms of Nassau on the trees. These were removed in 1816.