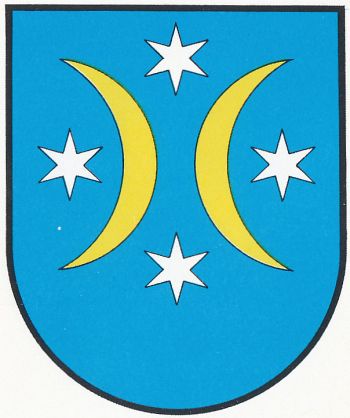 The origin or meaning of these arms is not known. They appear in the 19th century, but the symbolism indicates older origins. Goleniow received city rights in the early 13th century and used for many centuries seals with a ship, from which arises a tree and a griffin. The latter was the symbol of Pommerania.