From Heraldry of the World
Your site history : Gräfenhainichen
Jump to navigation Jump to search 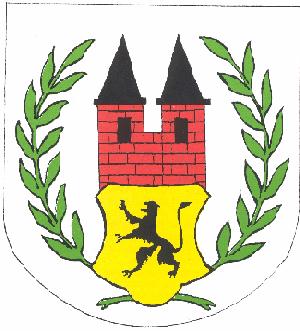 The arms are based on the oldest known seal of the city, dating from 1477. The arms show a tower, symbol for the fortified city, and a small shield with the arms of Meissen. In 1377 the city was acquired by the Counts of Meissen.
The oldest use of the composition as arms dates from around 1700. The addition of the laurel branch most likely is a misinterpretation of the decoration on the oldest seal.