From Heraldry of the World
Your site history : Greifenstein
Jump to navigation Jump to search 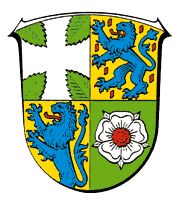 The previous arms were designed and granted in 1951. 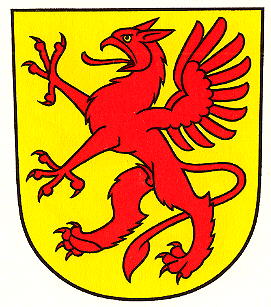 The castle is the local Greifenstein castle, now a ruin, which was built in 1352 by Count Johan von Solms-Burgsolms and Count Ruprecht von Nassau-Sonnenberg. Later the castle was a possession of the Counts of Solms-Greifenstein, who used a canting griffin (Greif) in their arms. Hence the small shield with a griffin in the base of the arms.