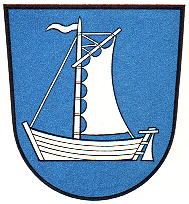 The arms were officially granted on March 6, 1950.

The arms show a sailing boat, or Pünte, and was chosen as a symbol for the historical sailing and shipping on the Ems river. Greven was a center of these activities, and also dependent on it, until the middle of the 19th century.

The previous arms were granted on January 3, 1939. 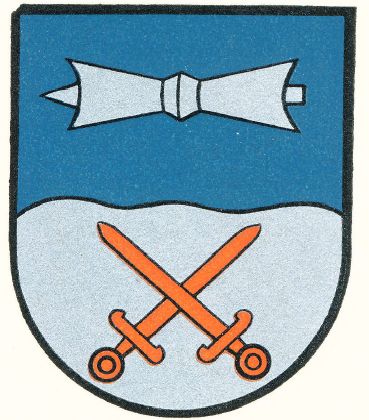 The upper part of the arms shows a part of a weaving machine, as at the time the textile industry was of great importance to the area. The base shows two crosswed swords, symbolising the medieval court (Freistuhl) in the municipality. The wavy division line symbolises the Ems river.