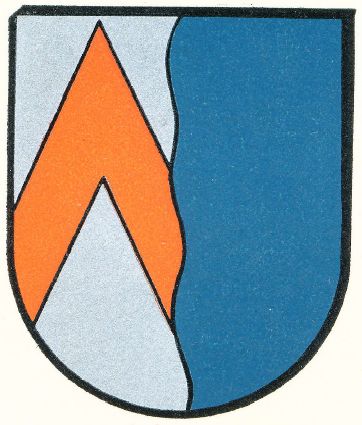 The chevron is taken from the medieval Von Bönstrup family, which originated from the municipality, but became ectinct in the 15th century. The blue left half and the division line refer to the Ems river. As no colours were known for the family arms, the colours of Amt Greven were chosen.