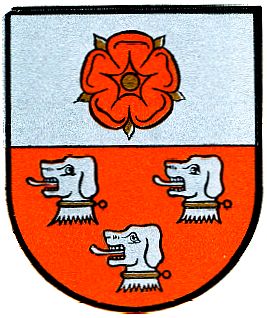 The arms show in the upper part the rose of the Counts of Lippe, to whom the village historically belonged. The lower half shows three dog's heads, derived from the arms of the Von Borries family. In 1791 the village estate was bought by