From Heraldry of the World
Your site history : Höxter (kreis)
Jump to navigation Jump to search 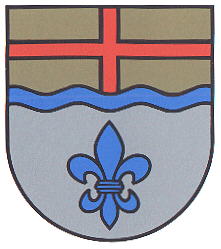 The arms were officially granted on February 12, 1976. 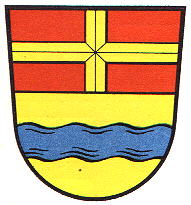 The arms show in the upper part the arms of the diocese and State of Paderborn, as the whole area was ruled by the bishops until 1803. The lower part shows the Weser river. The colours are taken from the arms of the Abbey of Corvey near Höxter city. The Abbott was also Lord of Höxter and received the rank of Prince in 1792.