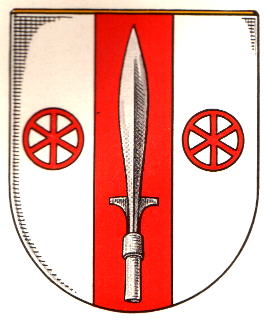 The arms are based on several legends from the village. One is about a poltergeist, "the wild hunter", which is symbolised by the spear. The wheels are solar wheels and are an old Germanic symbol. They also play a role in local legends.