From Heraldry of the World
Your site history : Haringey
Jump to navigation Jump to search 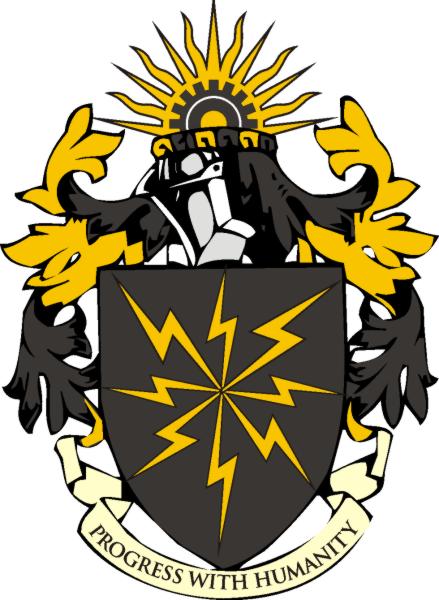 Arms : Sable eight Rays [of Lightning] issuing from the fess point throughout Or.
Crest : On a Wreath of the Colours in front of a demi Sun in Splendour Or a demi Cog Wheel Sable.
Motto: 'PROGRESS WITH HUMANITY'

The arms were officially granted on 1965.

Instead of using charges from the arms of the three towns that make up Haringey, it was decided to adopt a completely new simple design for the arms.

The shield simply shows a spark. This recalls that the first television broadcast was made from Alexandra Palace in the borough. The crest has a rising sun behind a cogwheel, appropriate for a progressive industrial community.